Professor in Climate Change and Glaciology 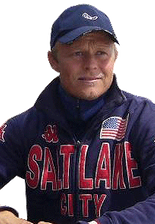 Dr. Scient. Sebastian H. Mernild is Head of SDU Climate Cluster and a Professor in Climate Change and Glaciology. From 2020-2022 he was Pro-rector at the University of Southern Denmark (SDU), and also affiliated (20%) with University of Bergen (Geophysical Institute), as a professor. Mernild is also an IPCC Lead Author. In 2018, Mernild won the Rosenkjær Prize, and was nominated Dane of the Year, and in 2019, he was included in Kraks Blå Bog.

Mernild worked in the US for seven years at the International Arctic Research Center, University of Alaska Fairbanks (2006-2009), and at Los Alamos National Laboratory in New Mexico (2009-2013), and three years as senior research scientist/research leader at Centro de Estudios Científicos (CECs) in Valdivia, Chile (2013-2016). Further, he worked in Norway from 2016-2020 as full professor in Climate Change and Glaciology, and as Director of the Nansen Center (NERSC) in Bergen. After 15 years abroad he returned to Denmark in 2020.

His research centers on local, regional, and global modeling using a wide variety of atmospheric and terrestrial models and observations with a specific focus on understanding and simulating climate change interactions related to snow, glacier ice mass-balance (for the Greenland Ice Sheet, Antarctic Ice Sheet, and mountain glaciers), and freshwater runoff (the water balance components) in Arctic, Antarctic, Patagonia, and the Andes. He has been leading several funded projects and expeditions to these geographical locations.

Mernild has been an UN IPCC author since 2010. Initially, Contributing Author on the IPCC Fifth Assessment Report (AR5), Working Group (WG1), and latest Lead Author on the IPCC Sixth Assessment Report (AR6), WG1. Further, Mernild has been co-author on numerous international reports e.g., the annual Arctic Report Card from NOAA and on the 'Melting Snow and Ice: A call for action' report. This report was presented by Vice President  Al Gore at the UN Climate Change Conference in Copenhagen (COP15).

Since 2010, he has been the Danish representative of the International Commission on Snow and Ice Hydrology (ICSIH), under the International Association of Hydrological Sciences (IAHS), and from 2015-2018 been the Vice-President for ICSIH. Between 2014-2018 he has  been a member of the Steering Group for CliC (Climate and Cryosphere) under the UN World Climate Research Programme (WCRP), playing a vital and active role in identifying and discussing high-priority research gabs in climate and ice. Mernild was also a board member of the Bjerknes Center for Climate Center (2016-2020), Bergen, and of Nansen Environmental Research Centre India (2016-2021), Kochin.

Mernild's interest and knowledge about climate change and ice in Polar and high mountain regions has been communicated in international peer-reviewed scientific papers (90+, including in the journal Nature; h-index 41), popular scientific papers (60+), newspapers, newspaper chronicles (100+)(e.g., published together with Foreign Ministers of Denmark and industrial CEO's), radio, TV (media outreach 1200+, e.g., live debates), and in the form of conferences and public presen-tations (e.g., at the Royal Danish Academy of Science, Danish Parliament, and Nordic Council of Ministers). Also in 2019 Mernild produced together with Danish Radio the radio podcast series Manden på gletsjeren (The Man on the Glacier), five episodes, as part of the Rosenkjær Prize: A podcast series about climate change, melting glaciers, and sea-level changes.

Further, Mernild has a long leader education from the military (since 1993). Has been trained as an officer (Captain of the Reserve) in the Danish Army, and has been active in The Danish Reaction Brigade from 1996-2010. He has served under NATO in both Kosovo (2002) and Afghanistan (2006). 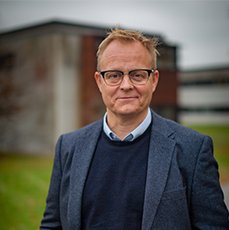 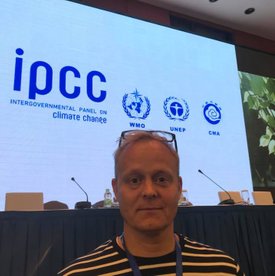 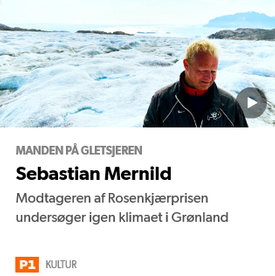 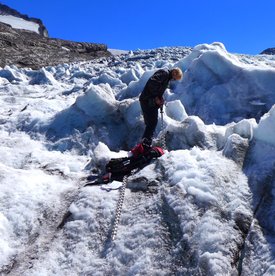 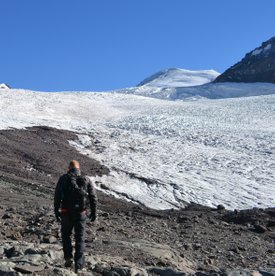